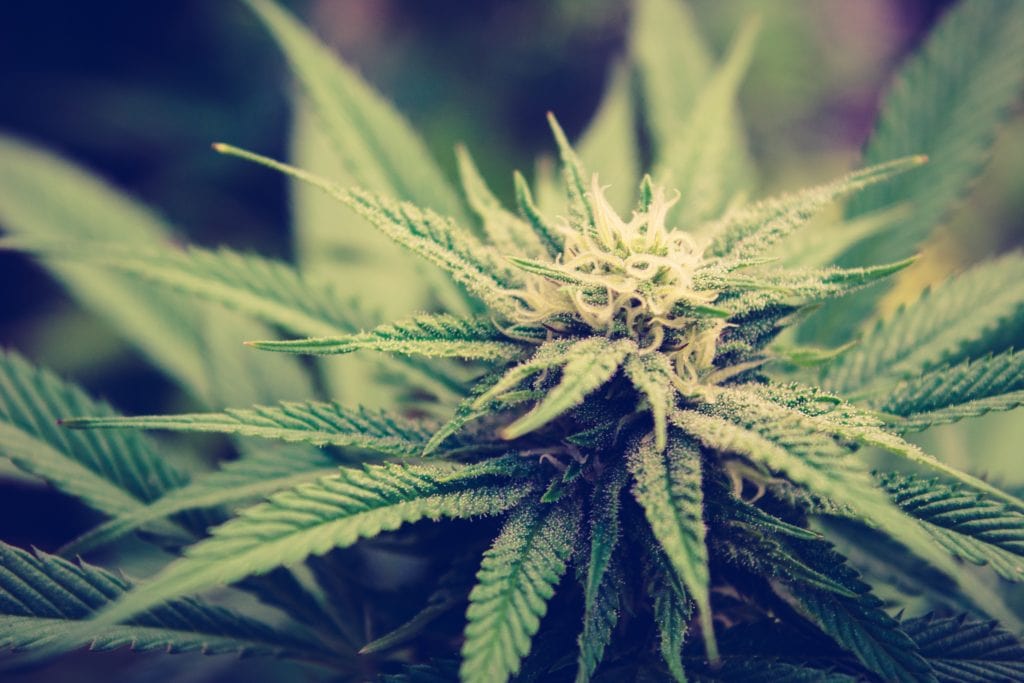 With the surge of publicly traded medical cannabis companies, and the imminent legalization of recreational cannabis use, we’ve seen an explosion in the number of cannabiz tech startups on the scene. It was a natural step for us to roll out an event exploring the intersection of weed and tech.

We’re excited to be launching CannabisFest — in partnership with California-based HelloMD, a Premium event dedicated to Cannabiz Entrepreneurs (and anyone else who is curious about this emerging, multi-billion dollar market). Beyond any kind of flashy display of irreverence or edginess, this offshoot is a clear sign of our commitment to help the community stay ahead of the curve.

What Canadians can expect from legal recreational weed

With studies estimating the global market to hit $55.8 billion by 2025; Canada is planning to cut itself a pretty big piece of the pie — a recent survey by Deloitte Canada predicts Canada’s domestic cannabis industry could be worth up to $22.6 billion.

But this leap is going to require a lot of ingenuity and innovation. Canada’s production, tech and creative industries are already hard at work, poised to own and scale the national and international cannabis market.

Is the nation  ready for the large scale production, manufacture, marketing and sale of legal recreational and medical cannabis products in all its myriad forms and functions? With the government seeking to impose strict restrictions on sales and distribution, where are the opportunities? Keep reading — we’ll break it down for you.

Where we’re at today (and how we got here)

In Canada, cannabis has to varying degrees been legally accessible for medical purposes since July 2001. In the years since, Health Canada has continued to broaden its definitions of key legal determinants to access, while also adapting the scope of its policies to include cannabis-based products such as oils, teas and edibles.

In 2017 Canada’s estimated market size for medical cannabis alone was $316 million. That number is expected to reach $1.1 billion by 2020.

Follow the money: Cannabis in Canada
– Estimated Canadian domestic market value: $22.6B
– Cannabis is expected to eclipse combined sales for beer, wine and spirits
– $5.7B spent on weed in 2017 — 90% was illegal or non-medicinal
– Average spent on cannabis, per year per Canadian: $1,200
– Canada produced $3.4B worth of cannabis in 2017, compared to beer’s $2.9B
– Two Canadian medical cannabis companies are currently worth more than Canada’s entire market
– One company has cornered one third of Quebec’s marijuana industry
– There are 84 licensed producers across Canada
– Between 2016 and 2017, Canada saw a 236% increase in home-grown medical marijuana

The next big step: legalization for recreational use

While some might  imagine a Canadian cannabis free-fo-fall when legalization comes into effect, legalized pot also means regulated pot. Just like with alcohol, each Canadian province will be responsible for regulating how we buy, sell and consume recreational weed inside its borders.

Here’s a peek at provincial regulations currently on the table:

Legal age: While the federal proposal suggests the cut-off be at 18, some provinces like Ontario and BC will likely stay in line with their legal drinking age and opt for 19.

Branding: Cannabis marketing and branding legislation sits somewhere between tobacco and alcohol — it can’t be too sexy, must be informative and there are limits on contests and sampling.

Certification: Applying to become a licensed vendor is a long and finicky seven-step process that many small players or derivative sellers (cookies, oils, teas) are finding difficult to navigate.

Tax rates: The federal government has proposed capping provincial-federal taxation at $1 per gram of cannabis, or 10% of the sale price, to be paid by manufacturers. Canada will receive 25% (capped at $100 million) and the provinces will pocket 75%.

Growth & consumption: Per person, Canadians will be allowed to grow four plants at home. You’ll be allowed to smoke and vape in private spaces — but not in your car, a park or in a restaurant. Some provinces, for example Quebec, are looking at ways to limit and perhaps prevent home-growing altogether.

Economic ripple effects: Beyond production, millions of Canadian dollars are expected to flow into connected industries such as cannabis education, policing, legal counsel and weed  tourism.

Where are the opportunities?

As the first G7 country to tackle legalization, Canada is uniquely positioned to dominate key positions in the cannabis supply chain. Here are just a few of the opportunities that are ripe for the picking.

Payments and cryptocurrencies: New payment technologies such as Bitcoin are making it easier for consumers to peruse, order, pay and receive delivery with a few swipes and clicks on their mobile devices.

Testing and R&D: Technology to test THC and cannabinoid levels is exclusive and expensive. There’s an opening in the market for efficient and affordable testing and analysis systems.

Inventory Optimization: New growing systems are making use of the latest developments in vertical agriculture to help  growers set up, launch and scale production.

Standardization and evaluation: With heavy regulations and deep investment in research comes a need for software that allows companies to streamline, simplify, standardize and share research data.

New Markets: While stats show nearly equal cannabis consumption between men and women, branding and marketing have traditionally struggled to move away from stereotyped or ‘bro-ish’ advertising. Numbers also show an aging demographic of recreational consumers that often goes unaddressed or untargeted. These markets have spending power; Canada’s suppliers are positioned to place an opening bid.

Why are people looking at Canada?

As Canada has looked to Colorado for many of its modeling and financial projections, a big part of the world is now looking to Canada to see how an economy and nation of this size might go about crafting an entire industry around a formerly illegal substance.

Here’s what lies in the balance:

Trade: With a highly regulated US market to the south and other countries legalizing without the infrastructure to supply their own demand, Canada could create an agile framework that could make it a key importer and exporter of cannabis products, technology and expertise.

First Mover: As one of the first countries to legalize at this scale, Canada is expected to set the bar and serve as a use case for economies to come. If well played, the first-mover advantage could allow us to build and establish a world-class industry, as we did with Montreal’s gaming community.

“Going legit”: One of the trickiest parts of transitioning from criminal to profitable is finding a way to integrate existing infrastructures, markets and talent pools. In this case, it means finding ways to include and leverage existing vendors, distributors and experts that were previously seen as suspicious and illegal.

How cannabis is going to go mainstream – the pitch

Though Canada has come a long way in demystifying and destigmatizing pot culture and consumption, there’s still a certain discomfort and suspicion that will need to be addressed in order for Canada’s bet to pay off. The rebranding of pot will need to happen at all levels, especially in industries directly impacting the product, experience and value proposition.

Here are a few elements that will facilitate the transition and secure key positioning in the cannabis space.

Easy and quick access: Producers and manufacturers are optimizing their supply chain, preparing for fast and efficient same-day and overnight delivery.

Information and data: Consider the emergence of apps and other digital tools that can track a customer’s experiences based on different moods, products and consumption methods.

Amidst all the restrictions and hurdles that the industry will face, the Canadian green-rush is clearly on the horizon and the opportunities for the cannabiz industry to flourish are plenty. Now put that in your pipe and smoke it.