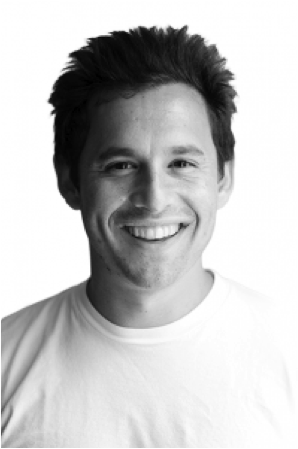 Harley Finkelstein is an entrepreneur, lawyer, and the Chief Platform Officer (CPO) at Shopify. He started his first company when he was 17 and has been building startups ever since. Harley completed his law degree as well as his MBA at the University of Ottawa, where he co-founded the JD/MBA Student Society and the Canadian MBA Oath. Harley serves as a mentor and advisor to a number of accelerators of startup organizations, including FounderFuel, ExtremeStartups, InvestOttawa & CIPPIC.

Want to pick his brain? Looks like you’ll have to wait until Festival-time! In the mean-time, here’s a little tease:

What role do you think stories and anecdotes play in the creation of startup ecosystems?

It has to do with inspiration—as an entrepreneur who is building a startup, there are a lot of ups and a lot of downs and not a lot of people to talk to about those highs and lows. So anecdotally hearing them from people who have been there and done that can be hugely inspiring; particularly when those anecdotes also include the bad days as much as the good days. As an entrepreneur, hearing those stories and having those times of aspirational anecdotes really does help you continue to hustle when things are looking a little bit grim.

Another point I would say is that building a company tends to be a very lonely activity—especially in the early days when its you, and maybe your co-founder, hacking away in a basement trying to break your first sale. Hearing that there are others out there who have gone through that same experience is also a great way to stay connected and stay focused on the big picture: building your company.

For the new companies pitching at the festival, what one piece of advice would you give them?

When pitching, most companies talk about the “what” and the “how” of their business: what are they doing and how will they build it? What I like to understand is the why—why are they doing it? What happened? The first question was all about stories—I want to know the story. Shopify was started when we were trying to build a snowboard shop online. We were frustrated with the software being offered on the market at the time, so we built our own software to sell the snowboards. The why was that we wanted to democratize retail; we wanted to make it available for anyone with a product or service that wanted to build an online store.

It’s very important to tell your story and to talk about the why. The why is what you can reflect when you hit the infamous “trough of sorrow”—the why will keep you going, especially in that place in the startup cycle.

How do you think a company knows they’ve “found it”—the right product for the market—and it’s time to stop experimenting and start scaling?

I don’t think that’s ever the case—Shopify has been around for 8 years now and we still spend much of our time experimenting to make the product better. I don’t believe that any real startup or entrepreneur ever stops experimenting and making decisions based on those experiments. It’s important to consistently re-invent yourself; your market may change, your marketing team may change, the type of people who use your product may change, so it’s important that as a startup, there is never a finish line to say “okay, we’re done now.” The second you say “our product is done now,” I think that you as a company are done.

Do enterprises and governments need to become more like startups? Or is there a role for big/stable/slow enterprises?

The concept of a startup is more than just the a type of business—it’s a mentality. It’s a mentality, that with limited resources, you can optimize to achieve very large objectives. It forces you to be creative and resourceful. That being said, I believe that government companies can operate like a startup—a startup is all about making sure that people have ownership , that they’re doing the right thing at the right time and adding the most value possible—and this attitude isn’t just limited to startup technology businesses. It’s really a mentality regarding the way that you operate, so I do believe that there are a lot of things that governments and Fortune 500s can learn from startups. Actually, what we’re seeing now is that many Fortune 500 companies have “lab” initiatives (Facebook labs, Google labs), which is just a fancy way of saying that they’re creating a startup within a larger company because they want to do some really interesting things without the red tape. And again, a part of the startup definition is removing the red tape to be creative, to test, to iterate. So yes, I do believe there is room for startups in any company.

Is subversiveness a required quality for founders who want to disrupt a market? Can you make it “playing by the rules” or do you need to write your own rules?

What I believe is meant by subversiveness is challenging the status quo, and there’s a word for that: disruption. Disruption is very important but you can also build a great company and not disrupt an industry (and it’s actually pretty common). Particularly in the startup technology world, taking something that exists, looking at it, having a real problem with the way it operates and saying “I can do it better”—is very important. It’s important as an entrepreneur to find things and to say, “I can do it better,” and then going forward and actually doing it. And that is very important; challenging the status quo and challenging the way things are typically done is a big part of entrepreneurship and of startup culture. It doesn’t mean that you have to go around picking fights with every big industry, but I do believe that a David and Goliath type of relationship—with Goliath being big industries and David being the startup entrepreneur—helps in the sense that it gives your startup purpose, and gives you a worthy adversary to go after as an entrepreneur. That, in my experience, is how some of the best companies have been built.

You don’t need to have an enemy—in a lot of cases you build something from nothing. The first search engine wasn’t trying to challenge the previous search engine, they just had a really good idea. But it was Google that came along and said: “we can do it better.” E-bay created an e-commerce platform and shopping place that said: “we can do it better.” So there is a bit of a trend here that subversiveness, or challenging the status quo, is important. But I don’t believe it is for the reasons that most people think; I think it’s important because that’s the type of tenacity, confidence and passion that you need in an entrepreneur. You need to be confident that what you’re doing is important and will make peoples’ lives better.