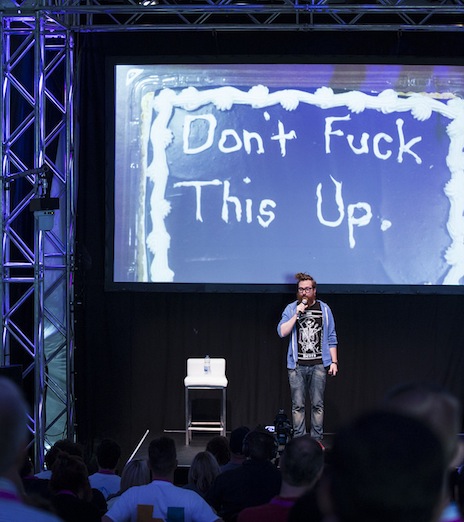 The fate of a democratic nation hinges on the votes of its people. When it comes to the United States, it can be argued that the outcome of a presidential election will drastically affect the world, not just the country.

The 2012 Presidential election marked a shift in how technology helps to drive and influence elections, and a major part of that shift was Harper Reed, Obama’s Chief Technology Officer for the campaign.

The 2012 campaign was one of the first presidential elections to be run according to startup principles: It was intensely data-driven, and focused on shipping software products that could make a difference as quickly and as efficiently as possible. They didn’t assume success, like all good startups; their products were placed through several stress tests to make sure that when it came time for them to execute perfectly, they would. This made a huge difference when Obama’s tools to get his voters to the polls sailed smoothly on Election Day, while Romney’s did not.

The team was made up of technologists who had done it all before; for Google, Facebook, Twitter, and other Silicon Valley giants. Harper assembled a team from these brands, looked at what they did to engage people, and emulated them for the purposes of a political campaign.

The team was nothing like a traditional campaign team—and as a result there was nothing traditional about the ways they tackled campaign challenges. Rather than focusing on converting people to a party’s cause, American politics often focuses on getting as many voters to the polls as possible. Harper’s team focused on collecting as much data as they could on Democrat voters. They customized digital messages for them, so the potential voter would click, and become a part of the campaign.

Harper’s team built mobile apps so that volunteers, on canvassing trips, could feed information about prospective voters they met, back to a centralized database that everybody on the campaign could access. They worked on targeted, timed, personalized messages to entice donors to donate more and did their best to screen Republican voters out of the process, so that no effort or time would be wasted. The Obama campaign maintained its lean focus on mobilizing likely Democrat supporters to vote, volunteer, and donate.

This team was on the forefront of digital engagement. They took lessons from startups and applied them to a different problem set, demonstrating that the collection of data, and how it is used can help change the tide of business—and politics.

Harper ends the interview on a cautionary note. It was really the field teams that won the elections, and even he believes that the narrative of technology conquering politics has been overblown. Technology does not redefine processes: it makes the job easier for volunteers, and it definitely helps automate what were once burdensome, but it does not win an election by itself.

It’s a good insight to have for the startups rushing to change the world—beyond it all, even with new technologies perceived to be world changing—it really is people who build the change they want to see.

Roger Huang
Roger is an entrepreneur who is writing a book on the future of various fields, based on the perspectives of technologists pushing the forward forward. Catch his writings at www.code-love.com, and his musings on Twitter. If you’re interested in learning about entrepreneurship and code, join his mailing list.