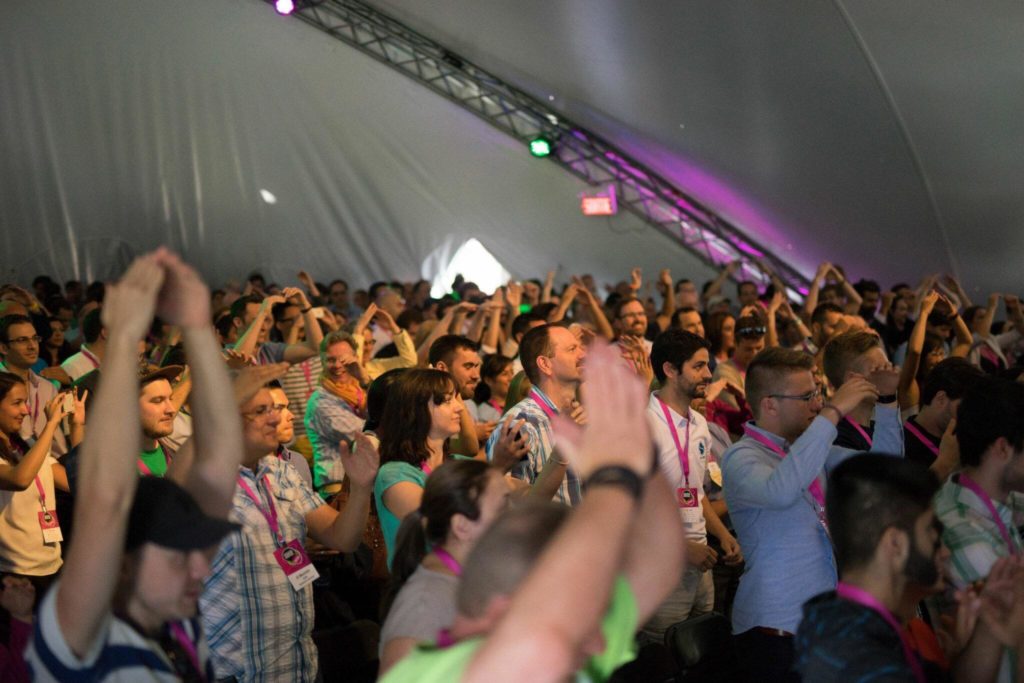 Over its five-year history, Startupfest has been many things to many people.

This year, it’s making history, because for the first time ever for any event anywhere, Startupfest will become a game…for all people.

Working in conjunction with my new start-up called Play The Future (our major credo: “Life’s a Game”), Startupfest 2016 will turn into a three-day, interactive prediction competition with a trio of daily winners, one overall champion, some kick-ass prizes, and a whole lot of brain-stretching fun.

How we do it relies on our other major credo: “If it can be measured, it can be played.” (Hey, everything can be played, even this blog post. Can you predict how many words long it will be…title included?) And while I can’t reveal the actual game questions just yet, suffice to say you’ll be asked to predict things like:

· How long a speaker will “actually” speak (yeah, they all “keep to time”)
· How many times one will use a particular swear word
· How many people will be in a particular tent at a particular time
· How many beers (and/or deals) will be consummated at the opening party
· The temperature in the tent village at high noon

Four questions a day for three days, with two separate, but simultaneous, competitions—one limited to those on-site, and one open to players spanning the entire country of Canada (see we meant by “all people”?). It’s just like trivia, except you can’t cheat by Googling the answers, because they haven’t happened yet. We call it “tomorrow’s trivia.”

The end result will be a layer of friendly competition, trash talk and surprise learnings draped over the world’s hippest and most relevant gathering of entrepreneurs and smart folk.

Playing Startupfest is easy. The whole thing takes place on your smartphone; click here for simple instructions on how and where to get the app.

But you already knew that, didn’t ya? 😉