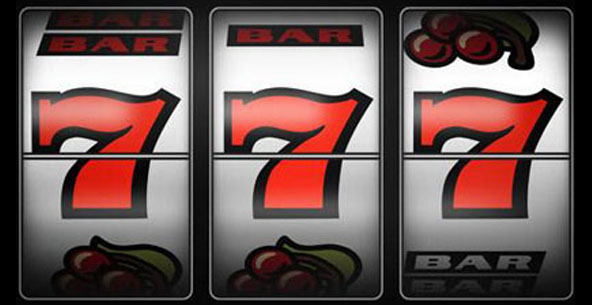 When an investor backs a startup, they do due diligence. They vet the founding team. They try to understand market forces. They dissect the underlying technology. They search competitors and patents. They consider exit strategy.

But there’s one thing they can’t account for, and it’s the thing that puts the adventure in venture: Luck.

Startupfest is in its seventh year, and it’s making us reflective of the proverbial “Lucky Sevens”. Luck is what creates the fortunes of the fortunate, and we’ve been fortunate to have many of them along on our own journey as we’ve grown from a small event with an outsized attitude to a part of the global startup firmament. So, we’re rolling the dice on this year’s theme…..c’mon 7’s!

Some consider luck opportunity: Being in the right place at the right time. Mark Zuckerberg had plenty of talent, but he also happened to be at Harvard at a time when students were moving much of their social lives online. By contrast, Xdrive launched before the world was ready for cloud storage, sealing their fate—but paving the way for Dropbox just a few short years later. Timing and luck go hand in hand.

Others think of luck as pure randomness: A chance meeting in a hallway; sharing a common interest with a key prospect; guessing at the price of an RFP and beating out the competition for a company-making deal. But is anything really random? Perhaps privilege put you in that hallway; maybe upbringing helped shape your hobbies. Does this affect who investors choose to back? How should an angel, investor, or acquirer predict that great unknown, the luck of the team?

We think most startups make their own luck with a combination of ingenuity and adaptation.

When Netflix sought to disrupt Blockbuster, they realized that then-current predictions about broadband penetration would be too slow for their business model to work. They came up with an ingenious hack: Stuff DVDs into envelopes, turning the US Postal Service into a high-throughput, very-high latency, broadband network. Most great startups changed the rules of their game.

On the other hand, many founders adjust their vision to new knowledge. Wikipedia was initially going to be written by a thousand paid librarians. Mitel began as a lawnmower company. Paypal was for beaming money from PalmPilot to PalmPilot over infrared. Flickr was a multiplayer video game that became a photo sharing platform—and eventually gave birth to work chat tool Slack. Most great startups adjust their vision to suit the market they discover.

Netflix timed the rise of streaming video over broadband, and consumers’ preference for fixed-fee, no-return, recommendation-based viewing. Flickr was in the right place when its users needed a place to store their photos.

Founder legends are a key part of the narrative, plastering over the happenstance and grey-hat marketing that got the company to where it is today with after-the-fact wisdom and revisionism. But smart entrepreneurs know that for every great investment, prescient market, or killer partnership there’s a roll of the dice.

That’s why, this year, we want to explore luck in all its forms. Our speakers will take us behind the curtain to see the role luck played in their startups. They’ll show us that half the emperor’s clothes are pure chance. But they’ll also reveal that ingenuity and adaptivity that are the cornerstones of making your own luck, and ultimately, building a fortune.