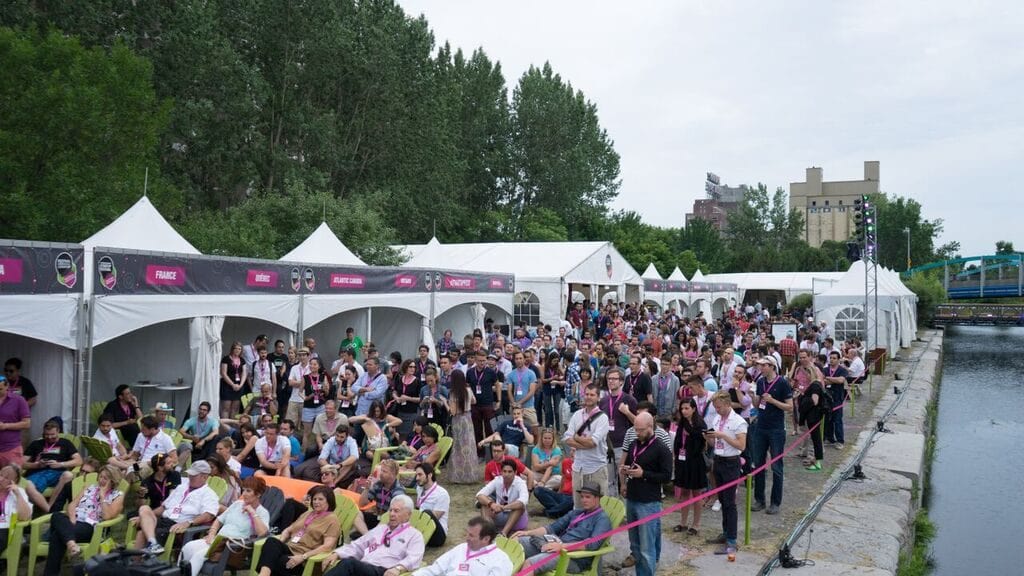 Leading up to this year’s event, we caught up with three Startupfest prize winners from editions past.

The one word to best sum up Startupfest? Opportunity.

Whether you’re soaking up knowledge directly from great tech minds, networking with motivated investors, or making deep connections with industry peers, the festival offers up endless ways to propel your idea or business to new heights.

And the surefire way to capitalize on the opportunities up for grabs at the festival? Win one of the prizes Startupfest has become renowned for.

For these past winners, pitching and winning provided that elusive push towards success by opening up doors, wallets and minds to the possibilities of their business.

In just a few short years HelloMD has become the go to site for all things related to medical marijuana. Selected in Startupfest 2016 as a top three finisher for the Grand Prize, the company has been riding high ever since.

“Think of the platform as a turnkey experience for any patient using, or considering, medical cannabis anywhere in the world,” explains Larry Lisser, a HelloMD founding team member. “They can talk with doctors, interact with cannabis experts, research products in the context of a chronic condition, and soon will be able to choose and buy products.”

In addition to winning at Startupfest, HelloMD was written up in TechCrunch and received heaps of visibility from the article. “When you’re in the Bay Area and you want to get in front of TechCrunch, forget it,” says Lisser. “But here we were, a California company at this Montreal event and it happened.”

In just over two years, HelloMD has generated a community of 160,000 active members on their platform. They’ll soon be expanding beyond California, when they launch in New York State early this summer, and have their sights set on rolling into in Canada shortly after. You can also find the company on Seed Invest, where HelloMD is one of the first cannabis industry companies to enlist on the crowdfunding platform.

Spending a lot of time in the pitch tent forced Larry and his team to finely hone their pitch. “For us, and I think for others, that pitch tent and its format, really forces you to work on, and compress your pitch,” says Lisser. “That was a really valuable take away for us.”

Regular earphones suck. They’re uncomfortable, don’t fit well, and fall out of your ears. That’s why judges liked the sound of custom ear bud maker Revol’s business pitch in 2014. So much so, that the company won the coveted Grandmother’ Choice Award and placed in 2nd for the grand prize, where they walked away with $10,000 in services from Fasken Martineau.

“When we came in the top three for the $100,000 prize, doors opened,” says Daniel Blumer, Revol’s CEO & Co-Founder. “All of a sudden we had a credibility that we never had before, because VCs and people of interest gave validity to what we were doing and that it made sense.”

Flush with the exposure and momentum that Startupfest provided, Revols went on to raise over $2 million in Kickstarter funding. The money allowed the company to prototype, build a team, and hold them until they joined HAX in China, the world’s first and largest hardware accelerator.

Revols will be delivering product within the next few months. They’re already working on future versions and looking to expand out into other spaces such as communication devices, hearing aids and ear protection.

Pitch, then repeat. That was DanieI’s strategy at Startupfest to achieve success and also what he tells others just beginning their startup journey. “There’s no better place to pitch than at the festival,” says Daniel. “You get to try your pitch out on a 100 people over the span of two hours, and every time you pitch it you get a little better at it. It’s phenomenal.”

The highlight of Startupfest for Daniel was winning the prestigious Grandmother Choice Award. For him, the idea that if you can get the 65 plus crowd to understand and believe in a concept, it shows that you’re able to convey your message, and you have something that is relatable.

In 2015, Bus.com (previously Sharethebus) took the $100k Prize at Startupfest. The company that’s shaking up the bus industry by making it easier to rent buses and move people used the funds primarily to invest in product.

“At the time,” says Dave Lastovskiy, the company’s Head of Marketing, “we were working with a small group of talented freelancers to ensure we were building a product that was sticky and generating value for our market.”

Focusing on product allowed Bus.com to have a strong summer during the critical festival season, which lead to new customers, and increased traction. That put them in the fast lane to secure funding and acceptance into the Y Combinator.

Recently, Bus.com secured its Series A funding, lead by Jackson Square Ventures, BMW i Ventures, Y Combinator, and Real Ventures.
Bus.com is continuing to develop their brand, while driving forward with its mission of moving communities. Lastovskiy says the team is incredibly humbled with their achievements to date and credits the Startupfest community as a crucial reason for where they’ve gotten.